​"Brilliantly captures the confusion, and the moral ambiguity, about life on the edge of biomedicine."
-Luke Timmerman, Forbes | Full Review

"Roz and Ray commands your attention. Hartman has captured a world of injustice in the drama, and in her characters, a pair of mighty warriors."
-Catey Sullivan, Chicago Theatre Beat | Full Review

"If you see one play in the  next few weeks, make it Roz and Ray. Brilliant story. Highly Recommend."
-Alan Bresloff, Around the Town Chicago | Full Review

"...accomplishes what the best dramas do: smacks us in the face with important history by taking us inside the decisions of those who are living it.
​-Stephen Hegg, KCTS9 | Full Review 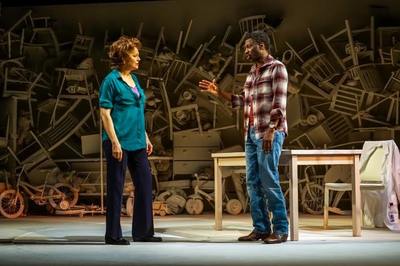 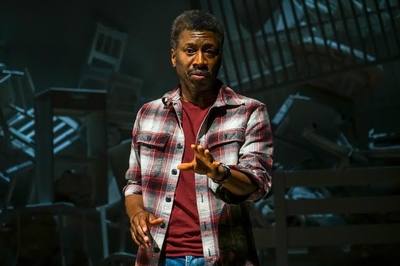 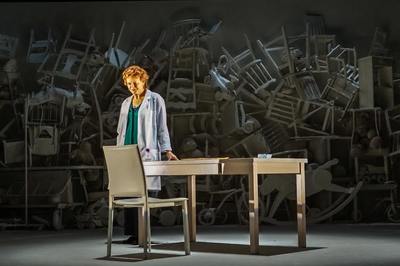 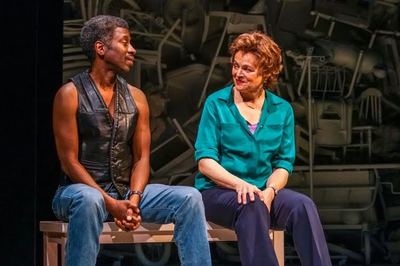 “Hartman's smart-crazy dialogue elicits a constant low roar of happy laughter from the audience, the eruption of which does not abate till a ways into the second act... The point of Goldie, Max, and Milk isn't that the liberal atheists or the tradition cleaving
​conservatives have all the answers. It's that the answers won't mean anything if we can't talk to each other.”
Goldie, Max, and Milk at Florida Stage
Florida Theatre On Stage |  Full Review

"Hartman skillfully creates a sturdy architecture for the evening and peoples it with delightfully quirky complex characters who teeter close to Cartoonland, but never fall over the edge. But it’s her language and the ideas she investigates that elevate the work to the level of something well worth seeing....Without ever spelling it out, Hartman uses milk as a metaphor that goes beyond nourishment for the child’s body. It is the nourishment of love, acceptance and newfound maturity for the soul of its mother and the untraditional extended family that evolves to support her."
Leah's Train

“Leah’s Train,” is about family and the importance of cherishing life and connections.  It has comedy, it has meaning and it’s quite touching....When Leah’s pain, vulnerability and literalness meet Ruth’s tart modern tirade, a wall breaks down.  And the vast difference in the worlds in which these two grew up smacks us in the face.”
-Anita Gates, NY Times
“Leah's Train is such a brilliantly surprising play, layered and dense and magical like a Russian Kachina doll. Playwright Karen Hartman does a masterful job juxtaposing the world of 1913 with the world of today on this single magical train, illustrating the strengthening and deepening bonds of a mother and daughter who embark on a journey that they never meant to take.”
-Martin Denton, nytheatre.com
"Stories of today and stories of 100 years ago happen concurrently, but through Hartman's artful writing and Jean Randich's equally artful direction, all is clear."
-​Ronni Reich, Backstage
"The stark and lean Leah's Train is psychologically astute, historically informative and the right shade of mystical.  ​"
-Christopher Arnott, New Haven Advocate
Gum

“A sexy, sharp one-act...laced with a lightness that pokes as much fun at Western commercialization as it does at Middle Eastern orthodoxy.”
-The New Yorker

“Girl Under Grain emerges out of Fringe NYC, for this reviewer, as an oasis in the midst of parched land... The weary traveler plops down in the shade of Hartman’s cool prose and drinks in the sweet nourishment of this story of love, betrayal, and forgiveness.  Yes, it’s the real thing.”
​-Fringe NYC Reviews
​
“Heartbreaking, and stunning, and hopeful all at once...
-Theatre Reviews Limited
ALICE: Tales of a Curious Girl

"What’s so engaging about Hartman’s Alice is the Carroll-ian playfulness and sweetly compelling thoughtfulness she’s applied to the task.  Curiosity is its own reward.  And ours."
​-San Francisco Examiner

"By the time it reaches its tender, mysterious, and riveting conclusion, (this) strange new Alice has burrowed not only under the earth, but under the skin."
-Dallas Morning News
Troy Women
​
"There were sharp wonders in the text.  Hartman has found a new flow in the words of the distraught prisoners of this terrible war."
-New Haven Advocate ​
HARTMAN
Plays | Musicals | Television | Truth
​Guggenheim Fellow